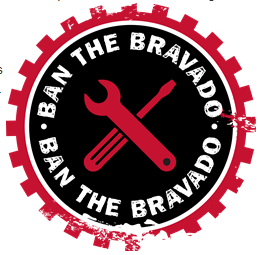 Encouraging Britain’s blokes to ditch the DIY and go pro

Each spring signals the start of DIY fever as homeowners across the nation prepare to spruce up their house ahead of the summer spell. While it’s all well and good adding a new lick of paint, however, we know that many homeowners, particularly the male population, will also dabble in electrical DIY – resulting in potentially lethal consequences.

That’s why we have launched our new ‘Ban the Bravado’ campaign which aims to raise awareness of the very real dangers presented by electrics and encourage Britain’s blokes to avoid electrical DIY at all costs and instead choose a professional.

This comes as our new research reveals that nearly two thirds (61%) of UK men would happily have a go at DIY with no prior experience – 38% of which would attempt vital electrical work (as opposed to just 8% of UK women).

A clear indication of the scale of British blokes’ bravado, 89% admit they won’t ask others for help with 58% stating they can do everything themselves and 36% declaring men should be self-sufficient.

The result is a sure-fire recipe for a DIY disaster. Unsurprisingly, given 61% of men admit their DIY skills are average or below,  a third (29%) have had to call in a pro to sort a bodged job – with the average DIY blunder costing a whopping £1,165 to fix.

At the same time, each year around 12,500 house fires, 750 serious injuries and 10 deaths are caused by unsafe electrics in the home – with many started as a result of dodgy DIY.

We would like to thank you for visiting our website and considering us for your project. We look forward to hearing from you in the future.